When people ask me to describe winter in New York, the words that come to mind are cold and dark. The sun keeps short office hours, and the cold wind that whips out of the subway stations make you crave sun-filled summer days. 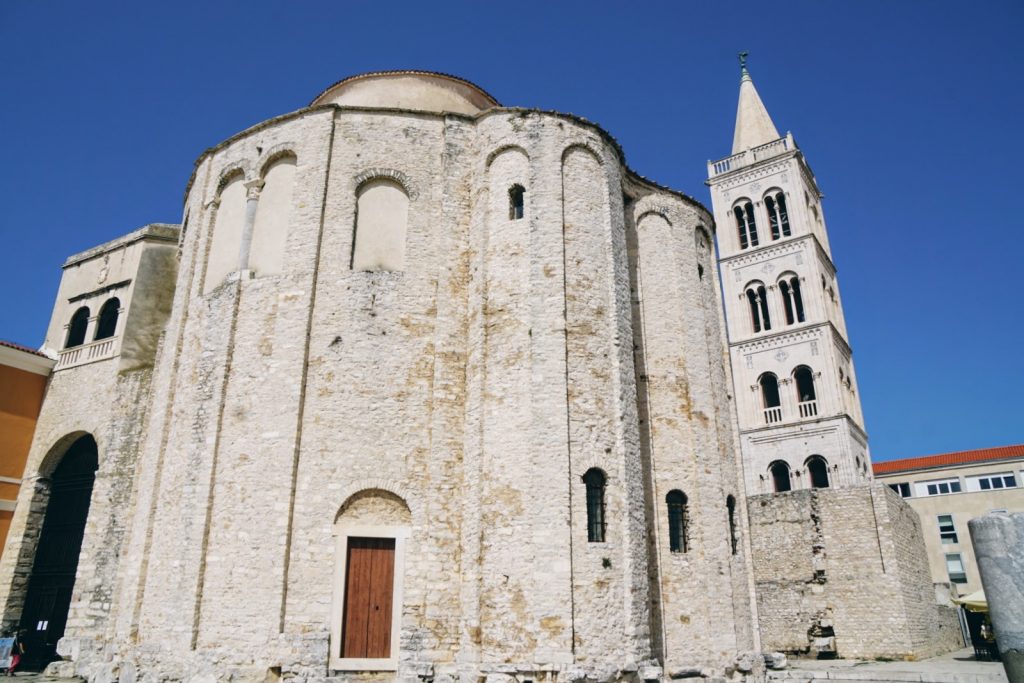 One of my favorite places to spend a summer day is on the coast of Croatia where pebble beaches tickle your feet on a walk that ends with a cool dip into the translucent waters. While I can’t be in Croatia right now, I was able to indulge in the next best option – a Croatian feast prepared by chefs from Zadar who braved NY’s winter. 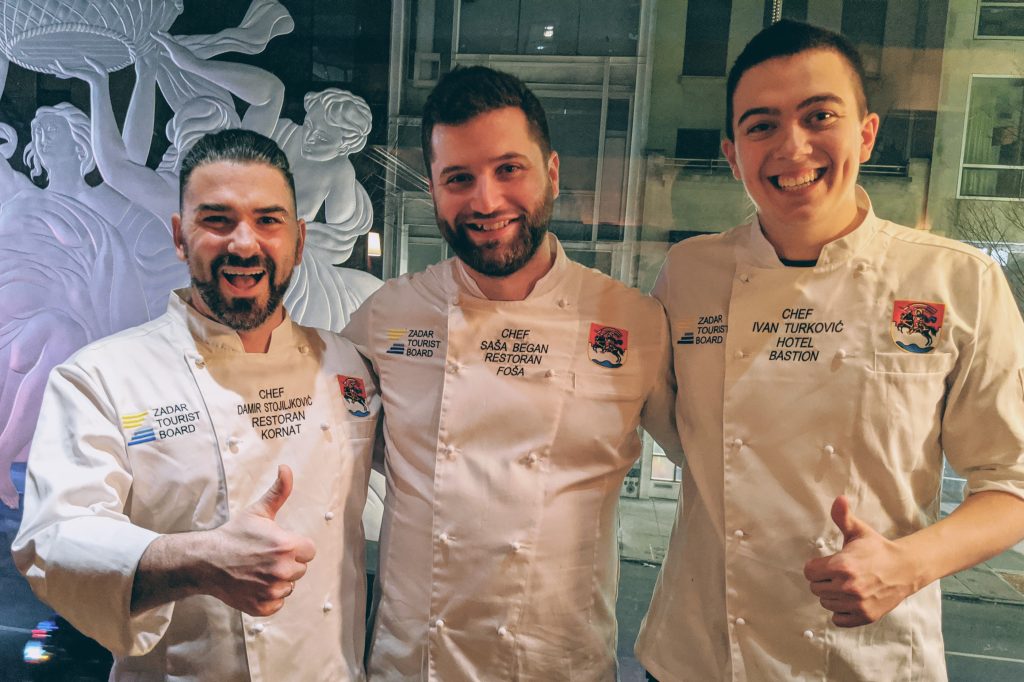 On a blustery night in January, the Zadar Tourist Board brought together three chefs – Saša Began of Restoran Foša, Damir Stojiljkovic Pierino of Restaurant Kornat, and Ivan Turković from Kaštel restaurant located within the Hotel Bastion Zadar to transport us to balmier Adriatic vibes. 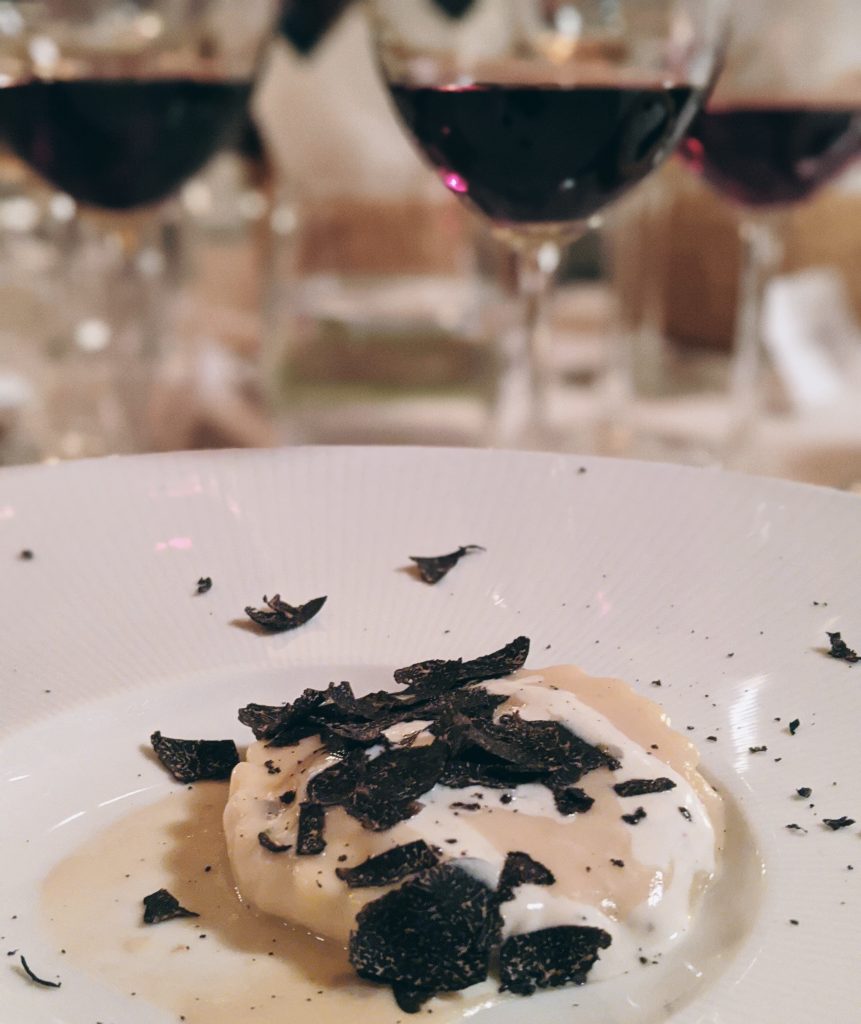 The three took over Lidia Bastianich’s Felidia’s kitchen for the night and served up nine courses, from scampi with Pag cheese foam and Croatian truffle ravioli to lamb stew and Dalmatian cake. 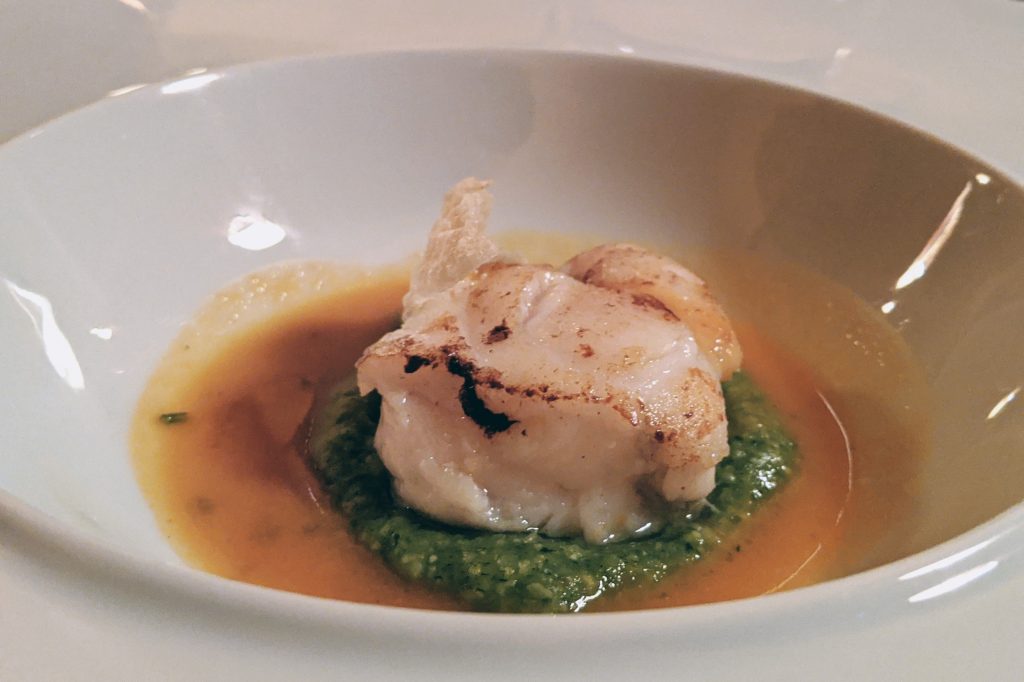 Equally as impressive as the food were the wine pairings provided by Fiolić Winery and Kraljevski Vinogradi, both from Zadar. We sipped several varieties of Pošip, a full-bodied white, swirled glasses of the bold but smooth Plavac Mali — a red that matches well with meats and hearty fish, and tasted the easy-to-drink, Maraština, a white with strong floral notes. And like many meals I’ve eaten in Croatia, we ended with cherry liquor made from Zadar’s Maraska cherries.

Unfortunately for you, Americans, unless you’ve traveled to Croatia, you probably haven’t tried Croatian wine. Only a small fraction of the country’s whites, reds, and rosé wines are exported, while the majority remain in Croatia, savored over coastal fish dishes or heartier fare found in the north.

Planning a trip to Croatia and not sure where to start on the wine list? Here’s a brief primer from Wine Enthusiast.

Written By
Kristin Amico
More from Kristin Amico
There was a period of time I couldn't fly without experiencing a...
Read More

Yes, You Can Visit Chernobyl