How to make the decision without hesitation

Last summer I wrote a piece for the Huffington Post called, “What It’s Really Like to Quit Your Job to Travel the World.” In 2017 I quit my job as a director at a PR firm, sold the majority of belongings, (storing a few tubs in my parents’ basement) and bought a one-way ticket overseas. I traveled across Europe for about eight months (working on freelance projects) and then returned to Boston where I attempted to work-full time in an office again. That job lasted less than four months. I then left the U.S. again, spending several months in India where I worked on a guidebook and several other writing projects.

I wrote the Huffington Post piece just weeks after returning from India. I wore my sweatshirt outside in Boston in August when it was 85 degrees and humid. After months of Rajasthan’s soaring temperatures, exceeding 115 on most days, I was absolutely chilled in New England. I wrote this piece dead-tired of lugging around my backpack, but completely uncertain of what to do next. The rhythm of moving, of living with less, had planted itself deep within me. The thought of settling down, even if only temporarily, terrified me. And like the Clash asked, I wondered, “Should I Stay or Should I Go?”

I was uncertain about what to do next, but the one thing I was certain about was that glossy magazine articles about people who quit their job to travel (mostly) leave out a lot of important considerations. I wrote this piece to help people talk more freely about realistic concerns, and in hopes that it would start a more practical conversation around this (trending) lifestyle of living as a digital nomad.

What I didn’t expect was that it would resonate with so many people. Even a year later, I still receive at least one message a week from folks who read the article. The most common note from readers is some variation of the following:

How did you make the decision to quit your full-time job and travel? How can I do the same?

There are so many great narratives about people who undertake incredible journeys, and how the experiences change them. There is far less discussion about how people make the choice to start a journey. In today’s data-driven culture, readers keep echoing certain themes I talk about when I write business articles — they want to know how to reach a sort of life tipping point. They wonder when the data that supports the decision to leave, to start something new, will present itself in an obvious, actionable way. 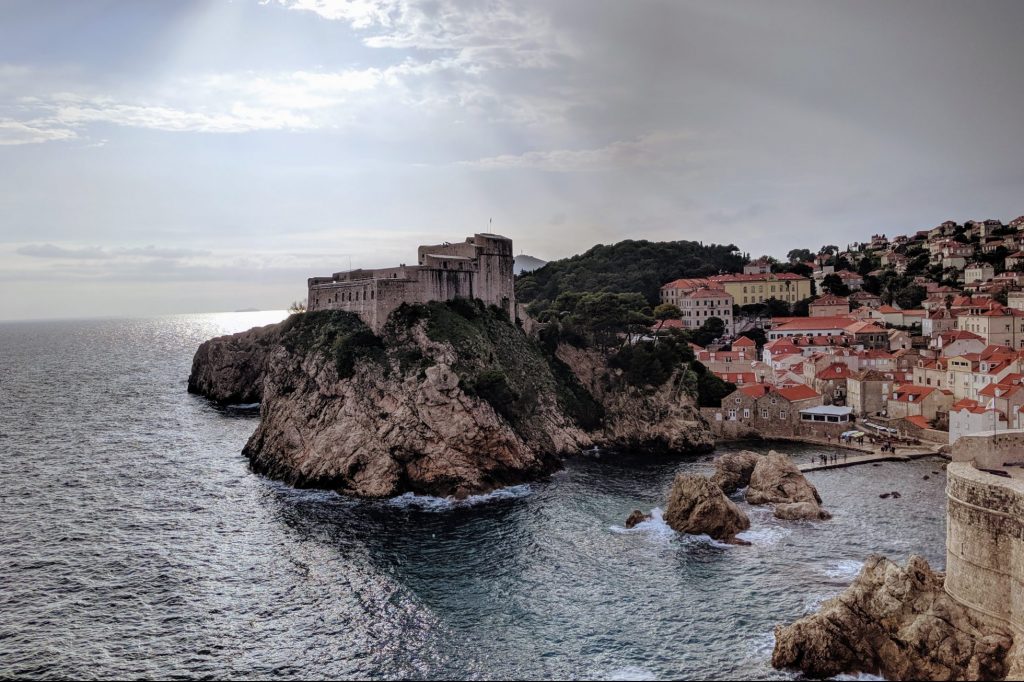 How do you make the decision to quit your job to travel?

I’m here to tell you there is no magic tipping point. You will have days when you are sure you want to do something new and there are days when your current life feels comfortable and you don’t want to shake it up.

Instead of asking me, your mother or your best friend what you should do (we certainly have opinions, but ultimately can’t make the decision for you), ask yourself what you want to accomplish and make a list of goals.

How specific goals help you determine your course of action

Going back to the business world for a minute, do something completely unsexy — make a spreadsheet with S.M.A.R.T Goals (the kind you’ve made for every annual review) for your life. Jot down your goals, and each should be

Go beyond the vague notion that you want to travel

This is where you start. Not with a plane ticket, but with a plan and a desired outcome. You won’t need to wonder “how do I get started?” This IS you getting started. This puts you in the driver’s seat and helps you chart your progress of the pre-journey, journey.

Next week I’m going to talk about the feeling of being stuck and real options to deal with that. In addition to asking me how to get started traveling, a lot of readers seem to convey a sentiment of being stuck and feeling unsure how to proceed, even if they are fairly certain they want to make a change.

Written By
Kristin Amico
More from Kristin Amico
There was a period of time I couldn't fly without experiencing a...
Read More

Yes, You Can Visit Chernobyl