Skull and crossbones graves are just one reason to go

With burying grounds dating back to the 1600s, the Boston area is a great place to spot graves with historic carvings, quirky epitaphs and a lot of history. 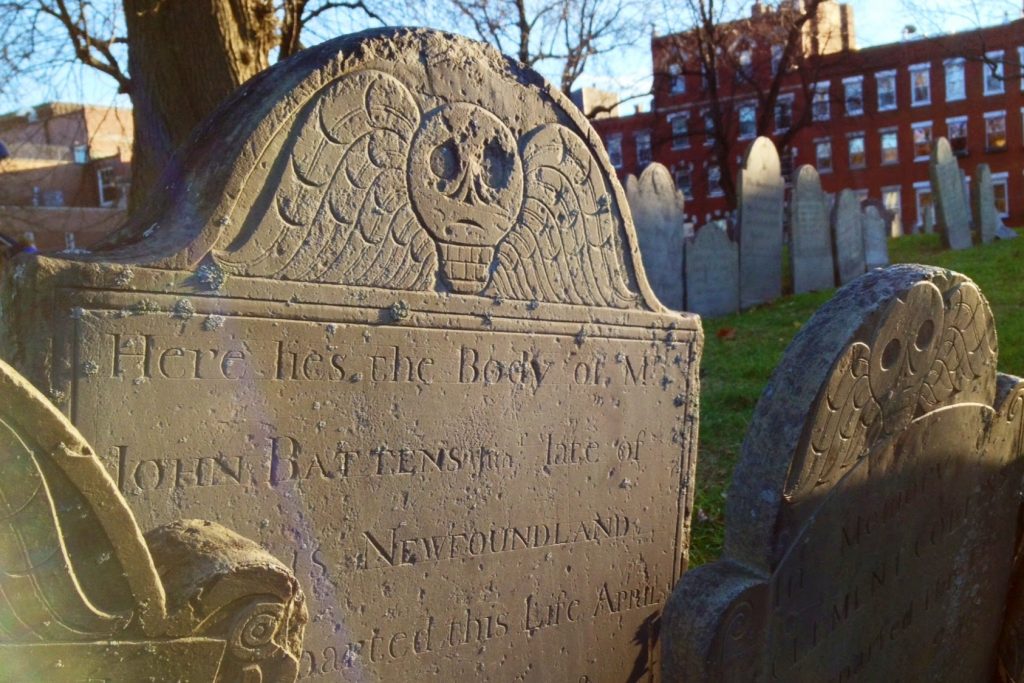 Head to Boston’s North End neighborhood to explore the city’s second oldest cemetery. It was founded in 1659 and is located on prime real estate on a hill overlooking Boston Harbor and Charlestown. The British camped out on the land during the Revolutionary war where they aimed their cannons at Bunker Hill. They allegedly passed the time with target practice on graves, including that of Daniel Malcom, a known smuggler and traitor to the Crown. Musket ball marks are still visible his grave today. 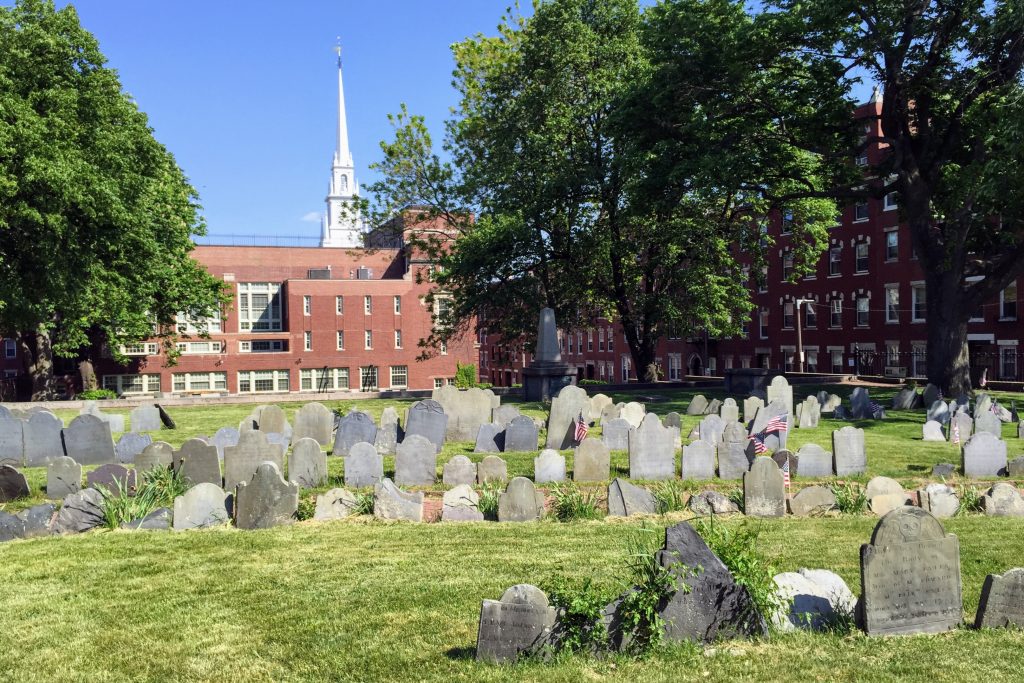 Other notables buried in the space include Cotton and Increase Mather, notorious for their roles in the Salem Witch Trials, as well as several hundred free African-Americans who resided in the area in the 19th century. 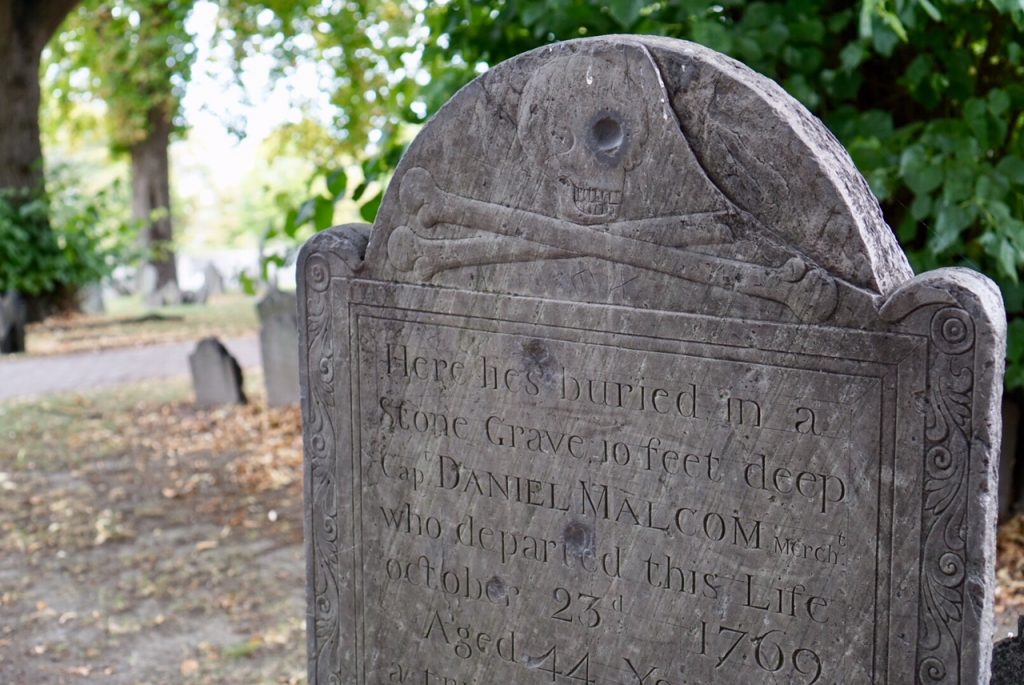 How to get there: the closest subway stops are North Station or Haymarket 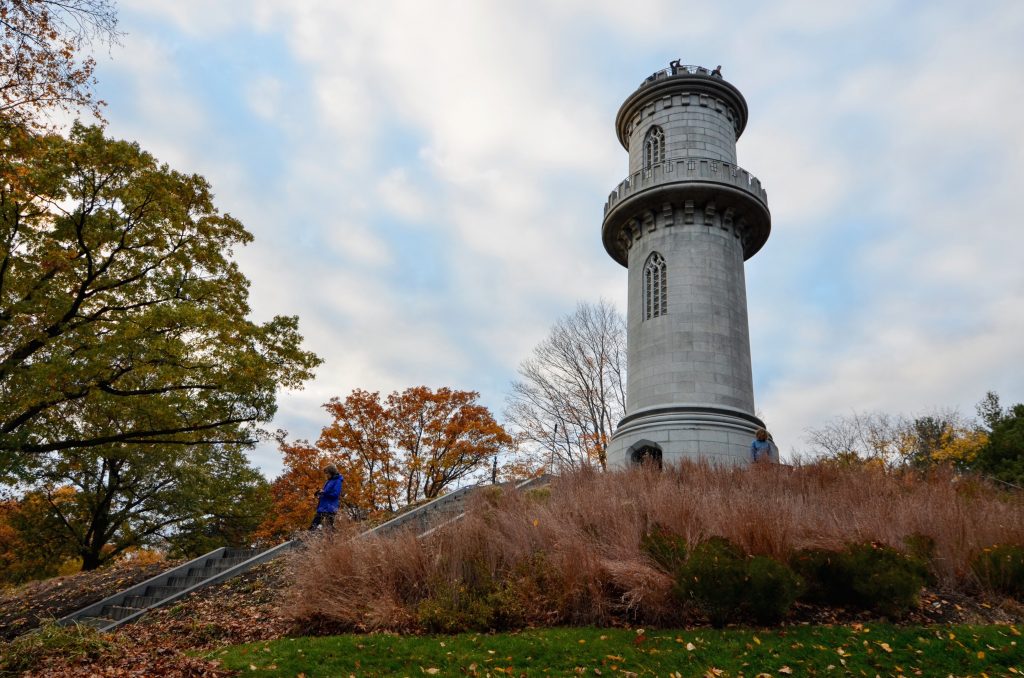 Mount Auburn Cemetery looks more like a park, and that’s no accident.  It opened in 1831 as the nation’s first rural cemetery, inspired by the famous Père Lachaise in Paris. It was jointly designed by the president of the Massachusetts horticultural society and a doctor who thought city burials to be unhealthy. Take a leisurely stroll through the more than 10-miles of paths past the more than 5,500 trees, dozens of bird species and over 93,000 graves.

Arrive just after dawn when the bird watchers are armed with binoculars. In the warmer months, you can ascend to the top of the 62-foot Washington Tower for sweeping skyline views.

How to get there: take the 71 or 73 bus that departs from Harvard Square.