Look past the grand facades for hidden history

Visit Beacon Hill in Boston for the pretty cobblestone streets and wander through the small alleys where you’ll likely learn more than you did in history class. 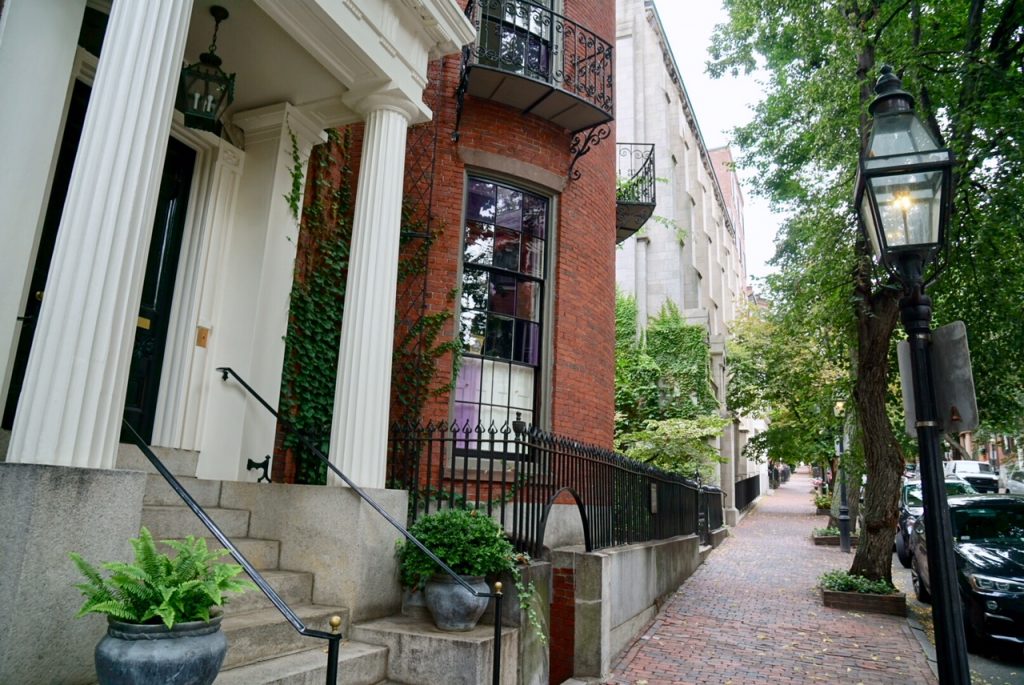 The house is dotted with purple window panes and secret history, too. The glass is tinted due to a manufacturing mistake–too much manganese oxide reacted with sunlight over the years turning them purple. The windows are now a status symbol to signal the house dates from the early days of the country.

Its history is just as colorful. It was designed by Charles Bulfinch (architect of the U.S. Capitol building and Massachusetts statehouse), and its most famous resident was Edwin Booth, brother of John Wilkes Booth, the man who assassinated President Lincoln.

Not all the country’s important history made the textbooks. The 19th century African American community built parts of the city, established houses of worship and educational institutions, and played a large part in ending slavery nationwide. Go on a self-guided walking tour along the Black Heritage Trail through parts of Beacon Hill and the West End.

There are plenty of not-so-hidden sights on Beacon Hill, too. 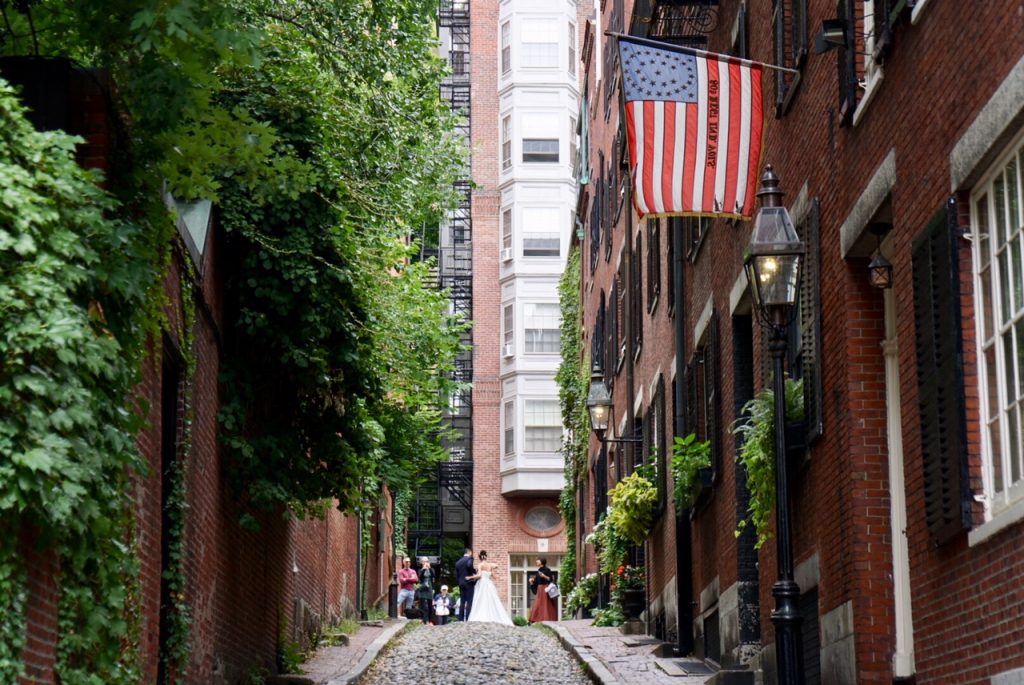 The narrow, cobblestone alley is packed with picture-perfect brick rowhouses. It’s alleged to be the most photographed street in the country, and it’s where you’ll find visitors and locals posing for selfies and more formal shoots, too.

To see the stunning leather doors at country’s oldest independent library, check out the Boston Athenaeum at 10 1/2 Beacon Street. There’s also an impressive reading room and a book bound in skin.