The best places for co-working in Boston + Cambridge

In Boston, there are plenty of independent coffee shops where you’ll find a range of drinks, snacks and meals, and even a few with coffee, WiFi and beer. Note to those from outside of New England—Bostonians love iced coffee regardless of temperatures. You’ll see plenty of people clutching their giant iced coffees with mittens as they walk to work in winter. 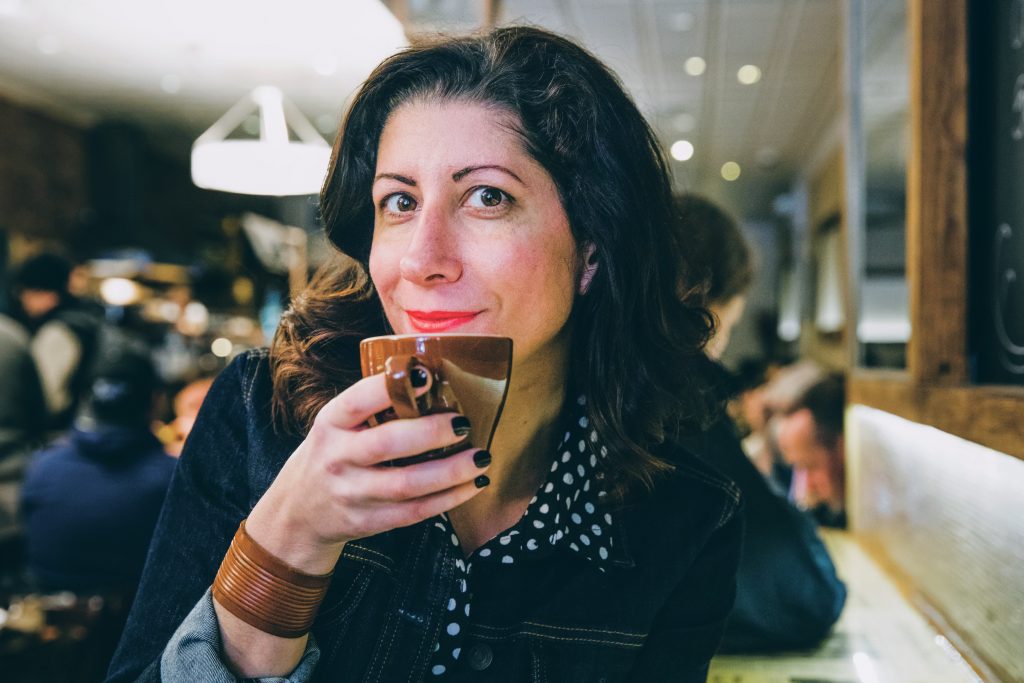 Where the WiFi is as Strong as the Coffee

Until about a year ago I didn’t drink coffee. Diet Coke was my beverage of choice for a morning caffeine fix. But back-to-back trips to Italy and Bosnia in 2017 introduced me to two very different, but equally tasty coffees, and I’ve been a convert ever since. Upon my return to Boston in 2018 I’ve been spending plenty of time in the coffee shops of Boston and Cambridge sampling single origin brews while working on freelance projects.

Clover isn’t a coffee shop. It’s more like a vegetarian fast food joint that also has coffee and handmade sodas in addition to a small food menu that includes year-round favorites (like the egg and eggplant sandwich) as well as seasonal specialities. Their egg and cheese pita is one of the best breakfast sandwiches in the city. All locations have tables, WiFi, and even free soda water on tap.

The airy George Howell cafe is part of the Godfrey Hotel and boasts a convenient spot in Downtown Crossing. There’s a small seating area with ample outlets and large windows that look out to the pedestrian shopping street. There are freshly baked pastries in the morning, and sandwiches and snacks later in the day. They take their coffee very seriously and regularly offer tastings and brewing classes.

Looking for cold brew coffee with a beer chaser? Before I left for India I lived a short walk from Longfellows and it quickly became my go-to spot for coffee (hot or cold), snacks (they carry Union Square Donuts as well as a small menu of in-house made items), and….beer! The setup is a joint location between Longfellows Cafe and Lamplighter Brewing which starts serving beer at 11 a.m. Be warned it’s super crowded on weekends when tables are at a premium and the WiFi gets sluggish. Not sure what kind of coffee you want? Order the flight of cold brews.

While it’s not convenient to public transportation, Winter Hill Brewing is one of my favorite spots to work and drink. There’s a large bar that serves as a cafe during the day (from 8 to 1) with coffee, tea and plenty of snacks. Then it converts to its brewery menu with in-house brewed craft beer and a full menu. There are plenty of vegetarian options, too. The cauliflower ‘buffalo wings’ are my go-to snack of choice.

Tatte Bakery & Cafe and Flour Cafe tend to show up on these lists, but there’s a giant caveat. They are usually crowded and there’s not quite enough seating to linger at a table for hours. Both have outstanding food and I highly recommended for a coffee and pastry, but not as a place to set up shop for the afternoon.

Depending on your location, there are likely several options for Starbucks and Caffe Nero nearby, too.

Written By
Kristin Amico
More from Kristin Amico
An ode to Zadar in a meal full of wine and Adriatic...
Read More